So which is going to ridiculous but on regardless it is a good design is a faster smartphone like I said it has sweet fantastic app store was very well optimized and also occasionally if I want a game I can have some really good looking games running on the iPhone 7 plus at a smooth frame rate. For all those reasons the iPhone 7 plus is one of my favorite smartphones not to mention what the most important characteristics of a smartphone the camera. Now iPhone 7 plus fall short on one category the screen it has 1080p screen which feels like it belongs in 2014 for 2013 because all the latest Android smartphones have a quad HD screen resolution so anyway that’s the only thing I would pick on the iPhone. Otherwise it’s a great phone it’s got water resistance with ip67 great rating and like I said a great camera is a dual lens on the iPhone 7 plus on the iPhone 7 you get one lens it is still amazing but the on the iPhone 7 plus you get two lenses a regular wide-angle lens and a telephoto lens which allows you to zoom in to x optically. So that’s a good option so that’s the first smart phone that I like.

What’s the other smartphone that I like now ideally it would have been the note 7 but the note 7 is gone as a matter of fact if note 7 was still around if it didn’t get discontinued it would be my most favorite smartphone even beyond the iPhone 7 plus simply because it has the s-pen the iris scanner ip68 water resistance, it’s got a beautiful design you have the curved edges and he even has the functionality of the s7 edge so it’s s7 edge and then some. So that would have been my favorite form but it’s not on the market anymore.

So by default the next best thing for me at this point would be the Samsung galaxy s7 and s7 edge. On the two reasons is the screen is beautiful right and of course the design is gorgeous on the s7 edge even the s7 is a pretty very pretty phone and also it’s got one of the best cameras on the market. Great cameras great design superior screen and that’s the s7 edge which is my second smartphone are in addition to the iPhone 7 plus but things change a little bit I’ve been using other phones. I’ve been using the HTC 10 and I’ll be very honest with you as far as its software experience goes you know browsing through the phone launching apps and just checking the internet the HTC 10 runs smoother and less laggy than the s7 and I’m not saying yes seven is laggy at all are well it is a little bit leggy here and there but I’m not saying it’s annoying but every now and then it happens there’s some lag some starter the HTC 10 does not have that. It’s super smooth just like the LG the 20 just like the Google pixel actually Google pictures probably smoothest android phone on the market right now because it just runs the stock android on Google’s hardware right so it’s going to be very smooth so I’ve been using the the HTC time for a little bit is right over here like this one that’s a Samsung galaxy s7 but here’s the HTC 10 and as you can see it’s an absolutely beautiful fall.

So is the s7 but the HTC 10 has been given me better software experience than the s7 but it falls short in the camera Department. I’m not saying that the camera is bad but it’s not as good as the s7 for the iPhone 7 plus or the Google pixel. So that’s one reason it’s not becoming my daily driver because it’s something is very clear to me if you have a smartphone that you want to use every single day the camera has to be absolutely perfect. Basically I know that they’re going to come up with better camera soon on the s7 with the s8 but as sevens camera is actually perfect so the iPhone 7 plus so the Google pixel they all have their strengths and weaknesses but is a total package they are the top three cameras on the market yes seven the iPhone 7 plus and the Google pixel and HTC even though the camera can satisfy a lot of people doesn’t set up satisfy someone like me has all these phones and you can see the difference that’s the only reason the HTC 10 is not a daily driver and the s7 takes the lead now in selfie s7. It’s super-fast, it’s got the fastest processor 4 gigs of ram, the pixel XL as a quad HD screen, the regular pixel has a regular 1080p screen which is not a big deal but the pixel XL would be my choice. I would have side-by-side with the iPhone 7 plus and have been rambling and rambling but basically my two most favorite smartphones as of now for 2017 is the iPhone 7 plus and the Samsung galaxy s7 edge. But the s7 edge is easily inter changeable with the Google pixel and if HTC 10 had a good camera. I would actually use the HTC 10 as my daily driver because I think it has the best designer on I think it’s even better looking than the s7. So that’s it so those are my two favorite smartphones right now and also I want to give you the potentially what I would use if I wanted to that would be the Google pixel or the HTC 10 right now it’s your turn. I want you guys to tell me which phone is your favorite and why okay and just give me the details tell me maybe you care about the camera maybe you don’t people are different. If the camera is not important to you there’s a lot of other options you have the 1 + 3 + 1 plus 3t very cheap phones but they’re absolutely flagship in every other respect so you pay less but you still get a lot. So that’s an amazing phone again but the camera is not as good as these other phones anyway like. I said everybody’s different so tell me why you like the phone give me the details like. I said is the cameras at the screen is that the specs is the price just let me know drop it down in the comments below. 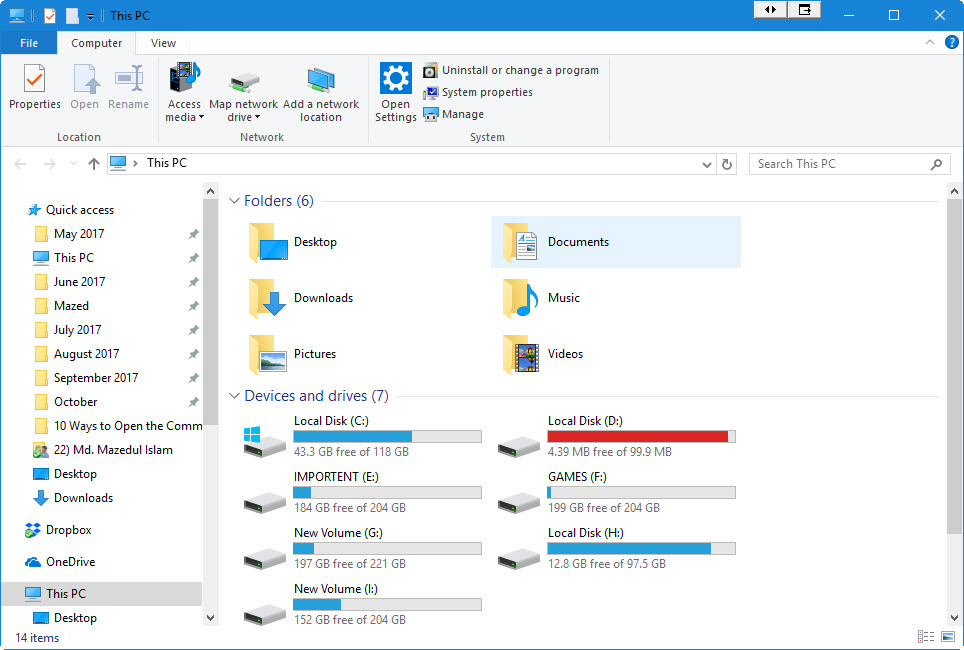 Mazedul - November 30, 2017
0
Quick Access is a most updated new feature is Windows 10. Windows 10 have the option by which you can Quick Access view to...

How to Remotely Access your friend Windows PC without Any Extra... 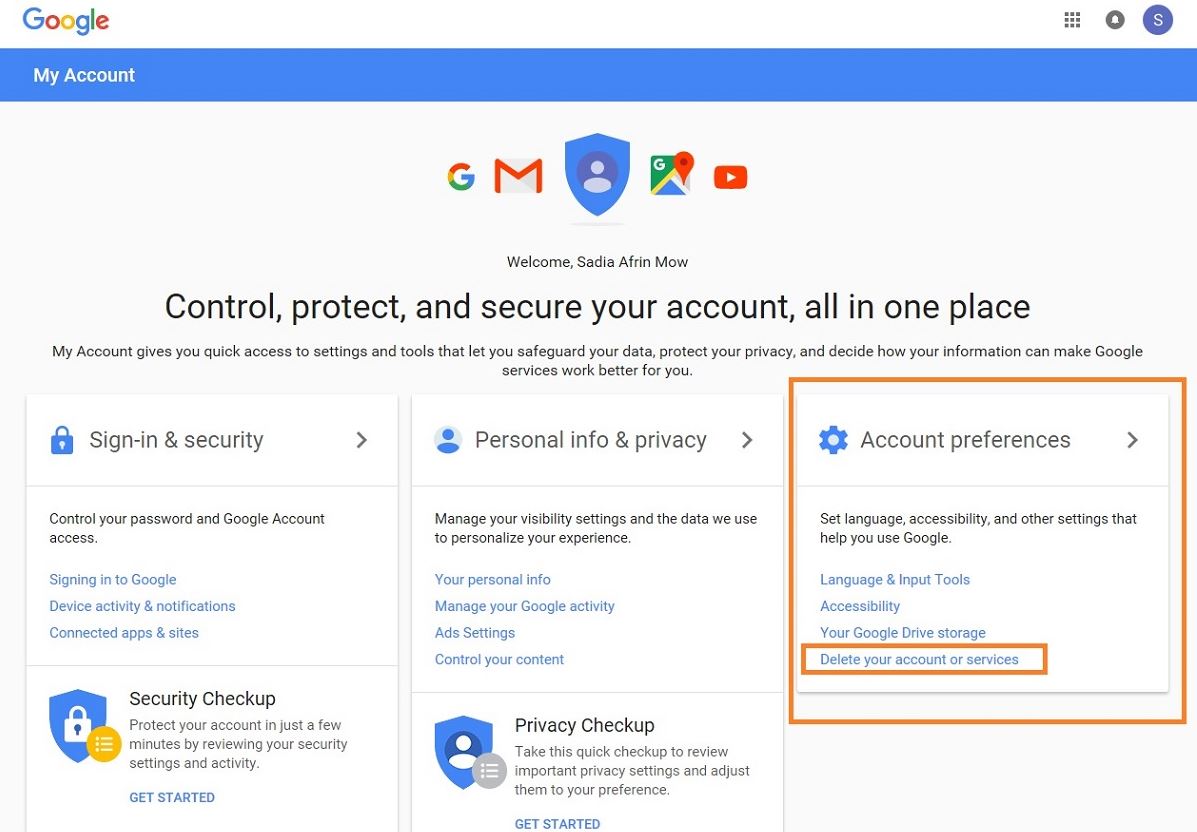 How to Turn ON Fast Startup in Windows 10/8